In this practicum, I will attempt to form a critical analysis based off of the views of President Trump and Barack Obama by comparing their word choices from a speech given by Obama and an interview with President Trump. After running both of the speech transcripts through Voyant Tools, I show the output below. 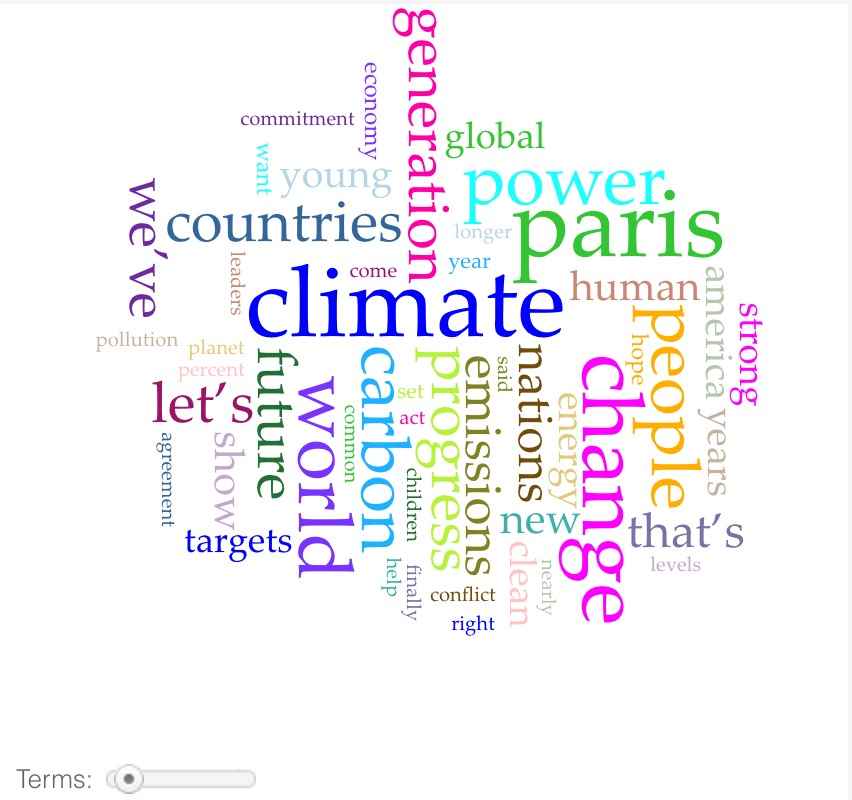 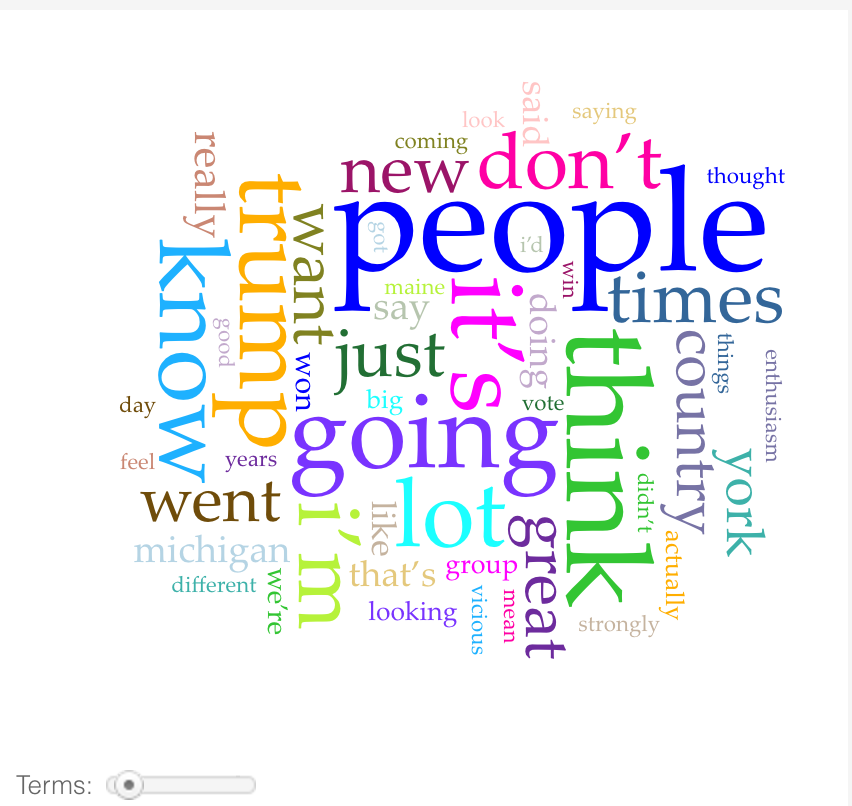 From looking at both of these transcripts, I notice that the word “climate” is used a lot throughout Obama’s speech and the word “people” is used a lot throughout Trump’s interview quite a bit. It makes sense that the word “climate” would be one of the most frequently used words in Obama’s speech since his speech was presented at a climate conference. In terms of Trump’s interview, it also makes sense that “people” is used a lot since as a political figure he probably wants the American people to feel that they are directly affected by the things he mentions and points to.

“This summer, I saw the effects of climate change firsthand in our northernmost state, Alaska, where the sea is already swallowing villages and eroding shorelines”

These are two instances in Obama’s speech where he addressed climate change. It is clear that from Obama’s use of the word “climate change” he attempts to express the extent to which it is affecting the world. Also, his use of that word within this context shows us that Obama is troubled by its’ effects and wants leaders in the Paris Climate Conference to work together with him in an effort to bring about change.

“It’s one issue that’s interesting because there are few things where there’s more division than climate change. You don’t tend to hear this, but there are people on the other side of that issue who are, think, don’t even …”

“Joe is one of them. But a lot of smart people disagree with you. I have a very open mind.”

Above are two instances from Trump’s interview. These instances can be found 1/5th though Trump’s interview in which he expressed his views towards climate change and environmental agreements. From the context above, it seems that Trump uses the word “people” quite a bit through his interview, especially when he is looking for a way to refute what the interviewer is asking him.

President Trump uses this word in an effort to tell the interviewer that there are always two sides of an argument and there will always be people supporting both sides. Thus, whatever Trump says, no matter how radical his claims may be, he can use the word “people” as a way to express that there will always be people who would support his claims. This allows him to somewhat justify his beliefs towards climate change.

It is quite obvious that Obama would use “climate change” a lot throughout his speech since his intended audience is a group of political leaders who have come to address the issues of climate change. When comparing Obama’s word choices against Trump’s word choices towards climate change, it is clear that there is a huge difference. When Trump addresses climate change, the word he uses most is “people”. This is interesting to think about because Trump’s interview questions were focused around his environmental views and climate change, but he somehow managed to formulate his responses in regards to the people who would support his claims. From Trump’s word choice, what stands out is the fact that his responses to the interviewer are quite vague. They are vague because he constantly mentions there are people who support his ideals, but he refrains from ever mentioning any of their names.

Obama chooses to tackle the issue head on by directly sharing his views and directly expressing that climate change is an issue. On the other hand, Trump diverts his responses and instead talks about the many people who would support his views on climate change rather than actually answering the interviewer’s question.

This site is part of the HASTAC network on Humanities Commons. Explore other sites on this network or register to build your own.
Terms of ServicePrivacy PolicyGuidelines for Participation