Narratives, Communities and the Platforms That Bind Them: An Interview with Anastasia Salter 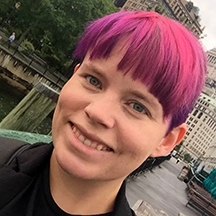 To put it mildly, Dr. Anastasia Salter has been one of the more eclectic thinkers and prolific writers in media studies. Salter’s ever-expanding body of work serves as a signal, spotlighting the issues and concerns we should be paying attention to, whether it be software archiving or pop culture representations of geek culture. If you’ve ever been fortunate enough to attend the Electronic Literature Organization annual conference, chances are you’ve encountered her inspiring work.

Kristopher Purzycki: Your published works tackle Flash, adventure games, noted developer Jane Jensen, and with your most recent book Toxic Geek Masculinity in Media, you and co-author Bridget Blodgett unpack the gendered representation of the “geek.” What would you say are some of the common threads that connect these various subjects? What advice would you give to emerging scholars whose interests are similarly multifaceted?

Anastasia Salter: My research emphasizes the underlying platforms and technologies that shape our narratives, particularly in terms of whose stories are amplified and how those stories in turn shape our identities. All of my work focuses on communities that generate, transform, and play with networked stories. Playful narratives, from Flash animation and games to adventure games and electronic literature, are heavily influenced and controlled by Silicon Valley and “geek” culture, and my interest in better understanding those connections and warring identities led to my most recent collaboration. For researchers who similarly find their overarching questions lead across platforms and disciplines, I highly recommend collaborating constantly and seeking research out research communities where that type of inquiry is valued.

AS: Software preservation is something I became passionate about because of the problem of vanishing works: there’s so many amazing digital narratives and communities we’ve already lost. Fan communities, scholarly communities, and collectives such as Archive Team are doing amazing and important work, but corporate emphasis on ownership and profit continues to hinder those efforts. Personally I think some of the most interesting problems for us to tackle in academia involve documentation (like the work Dene Grigar and Stuart Moulthrop are doing with Pathfinders) and wide-scale preservation (like Ben Latimore’s amazing Flashpoint project). 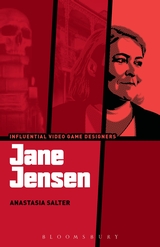 KP: Your recent addition to the Influential Video Game Designers Series focuses on Jane Jensen and her contributions to the “hidden objects” genre of games. Her perspective as a “designer-writer” is significant in your book. What do you find the industry at large, which often situates writing as an afterthought, loses when diminishing the more literary potentials of games? Do you find any other genres, similarly nurtured by visionaries, also falling off the cultural radar?

AS: Adventure games, hidden object hunts, dating simulators, Twines, electronic literature, interactive fiction, and even walking simulators all share similar potential for literary and emotional narrative engagement. (Many of these “fringe” genres are the subject of my current work.) I admit that over the years I’ve moved further away from worrying about what the mainstream games industry is doing: most of what I play is sub-indie, often developed by a single individual, with games distributed through platforms like itch.io that have followed in the footsteps of Newgrounds and other online gaming hubs. The diversity and range of approaches make me very excited for the future of gaming.

KP: Toxic Geek Masculinity ends with a hopeful note in the watching of Star Wars: The Force Awakens, especially in the relationship between some of the male characters. What are your thoughts now that The Last Jedi has been released? Any hope for Kylo in shirking his angsty mantle? Do you see other signs of geek culture “moving on and letting go” to the representations that have hampered creative and critical growth? 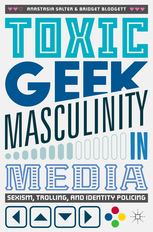 AS: The infamous petition to “remove” The Last Jedi from canon is a reminder that every step forward is hard-fought and met with serious resistance from those invested in status quo representations of geek masculinity. I admit I’m not holding out for a Kylo Ren redemption, but I do think there’s hope for Star Wars and its fandom. The success of Black Panther is inspiring, and changes in the television landscape (Black Lightning, Runaways, Jessica Jones, Supergirl) are promising. Certainly the challenges facing the DC Cinematic Universe suggest a shift in viewer expectations from superhero narratives. With that said, the influence of toxic white masculinity in online and fandom spaces continues and must continue to be a subject of research and intervention.

Uncategorized
This site is part of the HASTAC network on Humanities Commons. Explore other sites on this network or register to build your own.
Terms of ServicePrivacy PolicyGuidelines for Participation